At last month’s brain aneurysm support group, we watched a documentary about a musician from New York City who, against all odds, survived a ruptured AVM. Through the amazing support group around him including family and friends, he was able to not only recover, but prove most of the doctors wrong with their devastating diagnosis’.  Watch a brief follow-up online about the documentary with Jason and his sister HERE.

Tonight, we were able to meet Jason Crigler in person, hear his story first hand, and ask him questions. There truly aren’t enough descriptive adjectives to convey what one feels after hearing and seeing Jason’s story. 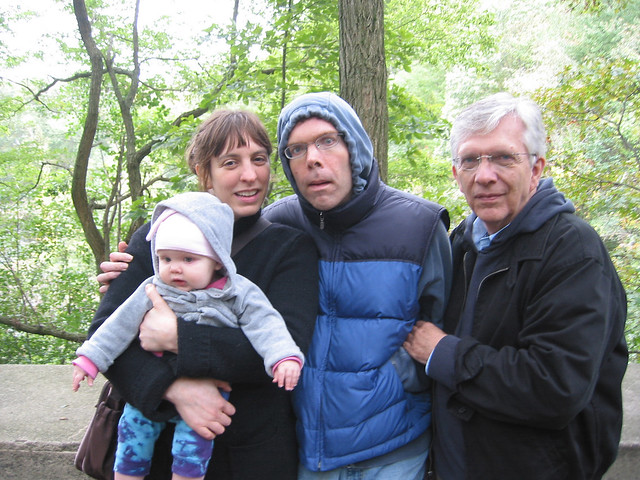 He is a soft-spoken, warm, and funny man. If you didn’t know his story, one would never know the extent of the struggles he and his young family have had to endure.

Jason’s story was documented by a friend who video taped much of his early recovery and made it into a critically-acclaimed documentary called LIFE. SUPPORT. MUSIC. It’s painful to watch, especially as a survivor of a brain injury myself. He could be me…I could be him. The uphill battles are all very similar, but Jason was very motivate to recover with a new-born baby girl, a budding music career in New York City and a family that sacrificed their own lives and comfort to care for him on an hourly basis.

Tonight was very special and it’s a damn shame more people (even from our own groups) could not attend this widely publicized event. The old adage, you can lead a horse to water but you can’t make him drink, held true tonight I guess. You get what you give…and some people give more than they have to give, but receive very little in return. It’s a damn shame.

Jason’s story is a story that needs to be heard and obsorbed. I only wish I could speak as eloquently and effectively as Jason does, or I’d take my little stent, coil & clip show on the road too. But who the hell would show up to listen to me? Probably only just a few. I know my story isn’t nearly as compelling. We can’t even get an article written about our group.

There was one article written a couple of years ago. About a woman who only came to our meetings maybe two times. She was certainly very attractive & photogenic and lived in an influential area, so that right there was two up on me. Even the one small TV spot we DID have ended up being shared by a completely un-related disease, so we couldn’t even get a full 2-minute spot for ourselves. Really? What DO we have to do????

But…even if we did…would it make any difference? We met a few new people tonight and we welcomed them with open arms as we always do. I hope we see them again and that they spread the word about our group and our efforts to raise brain aneurysm awareness in the state. Exposure could save lives….WE could save lives.

I think you’d be hard pressed to find a group like ours (or at least that one special person) that gives such personal attention to those who have reached out to us. I don’t think the president of many organizations would send personalized emails complete with moving letters and related photos to someone who writes and donates and expressed great regret they’ll be unable to attend this year’s event after having attended all of the other previous ones. I think it’s the personal touch that sets us apart from other groups. The behind-the-scenes workings are amazing and the hard work that goes into every event, every email, every newsletter, and meeting follow up, is more than most are doing. Does it matter?

People need to DO more. They are not and it could mean lives of people are being lost as a result. Picking up food for an event will feed the volunteers and participants. For one day out of YOUR life, you could help an event run smoothly and make it a success, meaning those who attended and those who heard about it and read our materials will remember what the event was about and LEARN….and potentially save a life of the next person who has the “worst headache of my life”.

(stepping down off my soap-box now)……back to Jason Crigler.

Jason’s positive & simple attitude about his AVM and recovery is truly inspirational. Many things he spoke about tonight touched me deeply and certainly would have touched a lot more people if they had taken the long hour and a half out of their busy lives.

One thing he said was that there is “strength & power in thought”. We can choose to think we’re failing or think we’re succeeding and it can truly effect the rest of your body. He admits to bad days and depression and despair just like the rest of us, but it’s reminding yourself of the struggles you HAVE overcome and how far you have come that one needs to be reminded of. We all have struggles on a day-to-day basis, but it’s how you deal with, and think about them, that can lead you to a path of strength and power.

I needed to hear those words tonight. My 10-year Annie-versary of my ruptured brain aneurysm is coming up on Oct. 4th. I’m lucky to be here. I know that. I also know others haven’t been so lucky and if sharing my story can save one life, I’m going to do it. If complaining about a lack of support can garner a little bit more, then I’m going to do it.

My sister died from a ruptured brain aneurysm. I had to see her lying in a hospital bed completely unresponsive on a ventilator, with her head shaved, with wires in her open skull and a drain relieving blood from her brain. She was basically gone at that point but we held out hope for a miracle. It never came. I may have failed saving my own sister in educating her enough on the signs and symptoms, but I MAY be able to save one other person. I MAY be able to help one person recognize the symptoms and get them to a hospital in time.

I have to hold on to that…otherwise, why was I saved and Dori wasn’t and why was I saved and Dave’s beautiful 32-year old niece Kim wasn’t? Two beautiful, sweet, funny souls who did nothing but good for others. I’m not nearly as beautiful or sweet, so I have funny going for me…and a chance to DO something in this world and get the word out and share my story.

I may not have friends who care enough about me to film a  documentary, come to our events and support me, tour the country and make money from it, but I DO know I am blessed to be here still.

THANK YOU Jason, for sharing your story, answering our questions, and driving all the way up to Portland to meet with us. And thank you for making people aware of the struggles people with brain injuries can endure…and more importantly, can overcome. You’re a true inspiration!