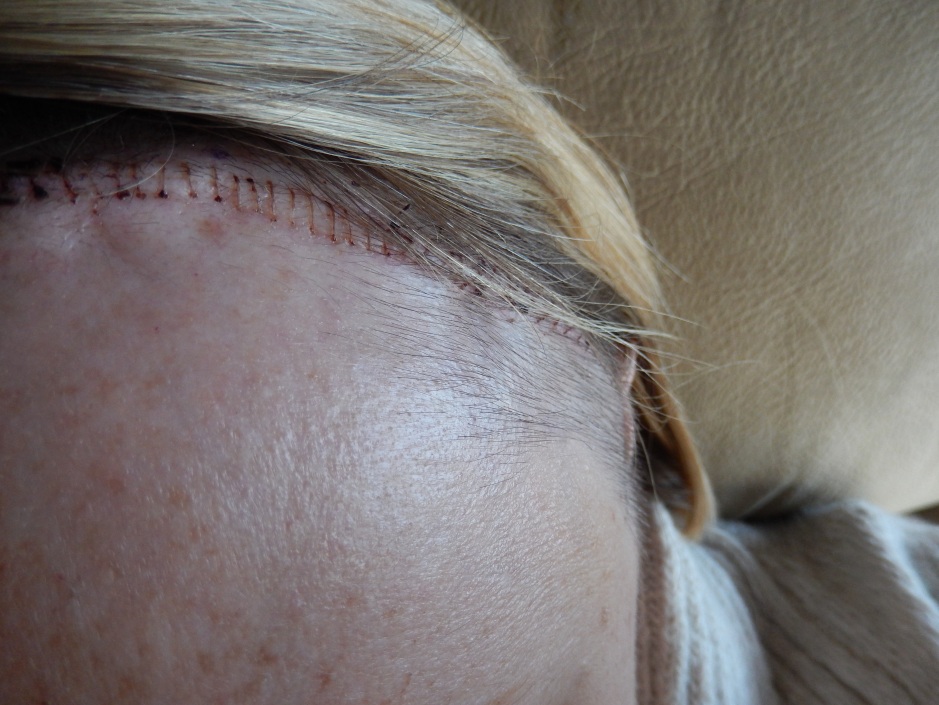 On the anniversary of my ruptured brain aneurysm in 2006 and subsequent coiling, I call it my “Annie-versary” stealing the phrase from other survivors from the Brain Talk Community online who helped me through my recovery. For some reason I feel I need to give my 2nd brain aneurysm procedure (the clipping) a different annual name. Like I’ll be criticized for calling that an Annie-versary too? LOL I doubt it, but I do.

Saturday is the two-year anniversary of the clipping on my second, unruptured brain aneurysm. It turned out to be a delicate aneurysm and it was a delicate time. I had lost my other sister just a few weeks prior to my scheduled surgery and I was wrestling with whether I should go through with the surgery or not. It wasn’t until my niece and mother (who we lost last year) spoke to me and encouraged me to proceed, that I made the final decision to keep the date and proceed. I truly didn’t want to put them through anymore.

I think some angels were watching over me because it was a good thing I DID get the craniotomy & clipping. It was an ugly, thin-walled brain aneurysm that would have surely caused me issues, if not caused my death, at some point down the road.

For my two-year update I’ll recall an earlier format I used to update my family and a few friends on my blog about my recovery process.

FATIGUE: There are still days I KNOW my brain had too much stimulation. It’s difficult to describe other than my brain is tired. I suppose that is something that will never go away. It does get better, but I’ll be able to realize when I need to rest my brain. Not just sleep, but do nothing…think about nothing…just nothing. I need those days still. I also notice my left eye lid will get a bit droopy when I’m overly tired and haven’t eaten much.

PAIN:  These days, the only pain I feel that is associated directly to the clipping is on the left side of my skull. I have no idea what triggers the pain and I often have difficulty laying on the left side of my head. It “feels” like my brain shifts to the left against my skull and there is pressure there. It’s not a daily pain, but I certainly notice it when it is bothering me and I have to roll over and lay on the right side. Sneezing doesn’t bother me, but coughing really does. I feel it throughout my head and it makes me tired.

NUMBNESS:  As many people said, including the Dr., this may or may not go away. The skin on my skull hasn’t completely “reconnected” all of the nerves, so a great chunk of it is still numb. I only notice it when others touch my head now. My hair dresser or Dave. At least it’s not painful….just odd. I certainly could have worse issues, so I consider myself lucky.

STITCHES/INCISION:  I can feel the incision under my hair line and the hair has all grown back so that part isn’t even visible anymore. As the swelling went down and I lost a little bit of weight (20 lbs at one point), the bone flap area “settled” into the skull quite a bit and a dent has appeared. The pins and small plates that secured the bone flap back onto the skull area are also visible and sticking out under the skin on the skull and I most certainly feel them. I’m not crazy about the dent or the brain “bling”, but it is what it is and I doubt anyone but me would really notice them. Although when I have my hair parted differently and the light hits it just right, Dave will notice and always points it out. I’ve seen much worse dents on other survivors I have met, so in comparison, I’m lucky.

BRAIN FUNCTION:
Well, I have survived two more catalog seasons, so I guess my brain function is doing okay. I certainly feel tired at times, but I’m very, VERY lucky that I can drive, work, read, and function on a daily basis. I’m a little slower and a little more careful when walking and traversing walkways, hills or paths because I have a bit of a fear of slipping or falling and hitting my head.

I do still struggle with some survivor’s guilt. Why, dear Lord, am I so lucky with my multiple brain aneurysms when two (and possibly three) people I loved so much were victims of the same ailment? One can say because God has other plans for me to help others. If that’s the burden I have to carry, then so be it. I can’t say I’m crazy about it though. I’d rather have Kim, Dori, my mom and Rhonda back.

So, I will celebrate my clip-aversary in some fashion I’m sure. I’m glad I’m still here and I hope a few others are as well.